Monday afternoon I saw the news that Glenn Frey, the founder of The Eagles, died. People all over are paying their respects online, telling story after story of his gift touching their hearts.

What a connection I had with his brilliant music. I’m among the mourners.

Just about a week ago, my family of five was driving from Denver to Phoenix to watch Clemson play Alabama in the National Championships.

Although I was in an F150 and not a flatbed Ford, when we passed through Winslow, Arizona I sang one of my favorite lines from that song. And sang loud. 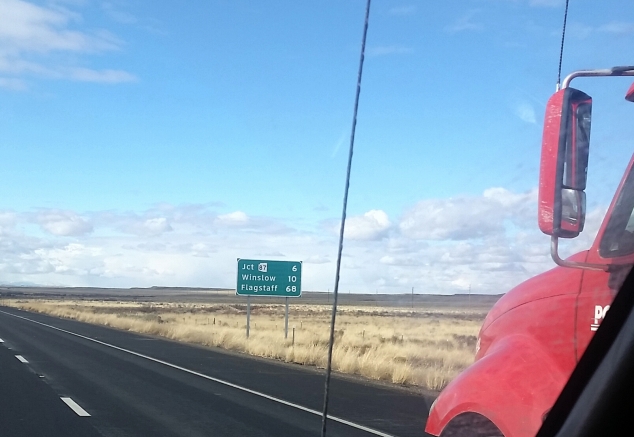 My singing is part why I’m convinced my husband stayed awake on that 13+ hour both ways family road trip. He may politely beg to differ. My love for music [and car singing] is no surprise though for those who know me best.

I even pulled up Take It Easy on Youtube from my phone for my entire family to hear. After playing [and the two adults in the car singing] the song, I explained to my kids who The Eagles are. They willingly obliged with listening ears. I think it went right over their heads.

I didn’t explain it all, though – who The Eagles are to me. I have a feeling one day I will.

Aside from remembering their song Heartache Tonight as a little kid, I was introduced to the band during my Freshman year in high school. Circa 1989. We went to the mountains of North Carolina to Windy Gap for our Young Life camp.

Seven Bridges Road was one of the songs we sang. That and All I Want is You by U2. I remember thinking it was so cool that we had a little rock-n-roll in our worship time + that God and music were pulled together in such a beautiful way. And whoever these people were, I wanted to hear more.

I also listened to The Eagles’ songs on my walkman in the backseat of my parents car on the way to my basketball games. Every week. I realize The Eagles may not be some people’s pump up music on game day, but they sure were mine.

Speaking of cars, do you remember your first one? Mine was a Mazda 626. Powder blue. Four speed. Nothing automatic about it. Not the transmission, not the door locks, not the windows.

It was a car my Dad had bought from his older brother to give my older sister, which was then handed down to me when she left for college.

I always had hoped my Dad would buy a car from his older brother but had a different one in mind. My cousin Angela drove a cherry red Honda prelude. With a sunroof. And personalized license plates.

I remember the first time I saw those plates [I’ve always had an eye for detail] was Christmas Day at my Grandma Long’s house. The coolest of cars displaying “APL” on the tags was parked street-side as we drove up Sunset Drive.

As a girl who loves a monogram, this spoke volumes to me. My cousin also wore monogrammed sweaters. I was in awe.

However, I was sincerely grateful when it was my turn to have a car no matter what kind it was, and I loved that I could drive a stick. At the time, my parents thought it was important we girls know how.

My Dad had me practice in the parking lot of his business which had a slight incline. If you didn’t get it right, you ended up in the middle of the four-lane highway which was Main Street in Mauldin, South Carolina. I learned real fast.

Just before I finished my senior year of high school, my parents surprised me with a white Mazda RX-7, also a stick shift. We were at the old Greenville Mall after church to eat one Sunday afternoon.

My Dad kept getting up, going in and out and I wondered what was going on. When we walked outside and I saw the giant orange bow, it clicked.

I squealed, jumped up and down, and leaped separately into my parents arms like a little kid. 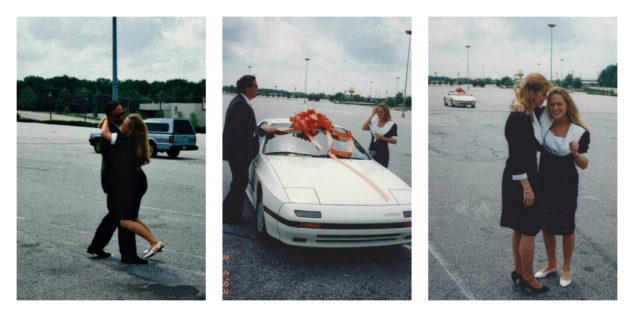 My Mom gave me a gift that day in May 1993 just as memorable as the new car. Two cassette tapes of the Eagles…Their Greatest Hits and Eagles Greatest Hits, Vol. 2.

I left that afternoon and went straight to pick up my best friend and give her a ride around town. Then I picked up my boyfriend and we did the same. Then I drove by myself.

I put 100 miles on my car that day and was gone for almost 3 hours. All listening to The Eagles with the windows down and sunroof open.

Such a happy day in my memory bank of teenage life. That car + that music represented freedom to me.

I had a chance to see them in concert when I was 20. I bought tickets. They came to Clemson in June 1996 to perform in Death Valley the summer between my junior and senior year in college.

Boy was I looking forward to seeing them live! Except there was another big adventure waiting for me that summer. For that reason, I didn’t see the show.

I accepted a summer job at a mountain resort in Grand Lake, Colorado. Across the country, two time zones away from everything I ever knew.

And yet a whole new kind of experience that would eventually bring me out west after graduating from Clemson.

I remember interviewing on the phone. After a lengthy conversation, the owner asked me why he should hire me.

With my 20-year old confidence in need of a little refinement, since in my mind I had already answered all his questions, I said “I’m a hard worker. And I don’t do anything half-as*…I mean half-way, sir.”

Once he stopped laughing, he said “You’re hired! We’ll see you in June.”

Whenever I hear The Eagles on the radio I always stop to listen to the station. I used to have their piano book and loved playing Lyin’ Eyes, Best of My Love, and the powerful chords in Take It to the Limit.

I see Amazon still carries it and have added it to the business book in my shopping cart from earlier today. I’m ready to be reacquainted.

I never did see them live in concert. I’ll now play my own to an audience of one.

So as the surprising news of Glenn Frey’s passing was sinking in, a flood of memories came back. A few minutes later tears formed in my eyes.

I can be stoic, which has been of great benefit at times in my life. At other times, I wonder why I’m the one who can cry at what seems like unusual situations.

I’m learning to embrace that instead of fight against it. What a relief! Know why?

God knows what He’s doing when He wires us. After all, I’m made in His image + He created me this way for a purpose.

Plus, I’ve seen a couple of awesome quotes on Pinterest about us sensitive types. Me being a lover of language, I get excited over a powerful stringing of words 🙂 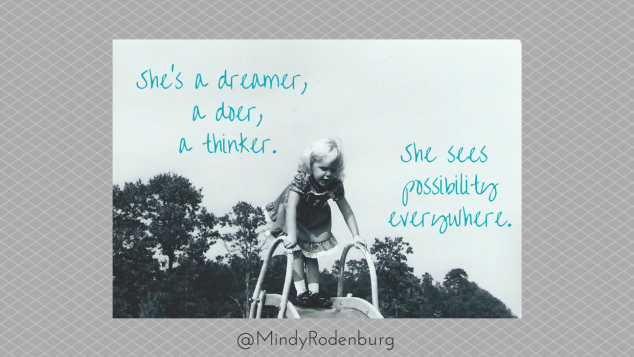 After praying for Mr. Frey’s family and bandmates, mine turned to prayers of gratitude for his gift and his sharing of that gift.

I have a friend who’s recently challenged me to look at when strong emotion strikes. Notice when change surfaces and stop to think why instead of brushing it off.

I did that today.

I knew that some of my unexpected tears accumulating in my eyes were grateful ones. Tears for his sharing of an innate gift of music with others, which gave me freedom at a time in my life when I so desperately wanted it. Music that made me feel calm when my world sometimes felt like shaky ground.

I’m taken back to the 17-year old girl that day in May 1993, and what was occurring in her life then and in the not so distant future ahead.

And what I would give as a grown woman today to wrap my arms around her. Hold her face in my hands and look her in the eyes. Speak truth into her heart.

Those were the other half of the tears that filled my eyes and, for a moment, the ones who fell free down my cheek.

But you know what made them all dry beautifully? Knowing now that God had His arms wrapped around me. The whole time!

There are days I would give most anything to see the stars from the southern sky. The moonlight and moss in the trees.

Yet I also know the view of seeing those same stars even closer from a gorgeous Rocky Mountain sky.

My Mom remembers me calling her that summer almost 20 years ago. Gushing over how beautiful looking at the stars could be. I’d never seen anything like it.

No matter where I’m seeing the stars, there is indeed a taste of time sweetened honey. Because as a 40-year old woman I can see that He has been there every step of the way, on whichever bridge or road I traveled.

And that is the best kind of peaceful, easy feeling there is.